Tamara was born and raised in Komi back in the times of the USSR. She was the “baby” of the family as she was the only daughter in the family. She had 3 elder brothers. Needless to say that she was a spoiled child. The parents did not ask her to do any chores. She recalls that the only person she ever loved in her life was herself. She got married early in her life but they separated soon after the marriage, and her firstborn boy Alexander grew up without a father. Then she got married again and she had two more sons. But by that time she and her husband had become addicted to alcoholism. She was working as a secretary at the time and she would drink almost every day on the job! So, finally she got fired, and she hit the rock bottom. She remembers a time when she and her second son were going past a grocery store and her son said to her: “Mommy, shall we buy some bread tonight?”, and… she did not have any cash left. That really hit her, she realized that her life was just falling apart. So, back in 1993 she cried to God for the first time in her life asking Him to get her out of that mess. The Lord gave her the strength to quit drinking! But her husband got upset with her that she no longer joined him in the drinking and left her leaving her with 3 kids. She was searching for the true and the living God and in 2003 Antonena shared the Gospel with her. In 2003 William’s missionary team arrived in Don. Tamara started attending the Sunday services. One day Antonena invited her to a Baptist church in the city of Syktyvkar and there Tamara really opened up her heart to the Lord. Since 2004 Tamara has been a faithful member of the Don Christian Fellowship. The Lord blessed her with a wonderful voice, she loves to join us in missionary trips and home visits. 8 years ago we celebrated the first Christian wedding in Ust-Kulom district: Tamara’s son Alexander married Helen. Tamara is residing in the village of Kebanyal. She has been a great evangelist on her job and in her community. She works as a social worker and goes to social workers’ school. We praise the Lord for what He has done in Tamara’s life! 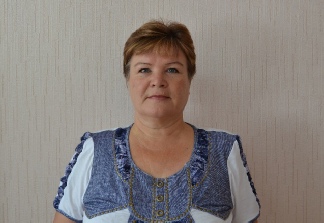