Antonena is one of the key people in the Don church. She came to know the Lord at the Baptist church in Syktyvkar a few years before our arrival in Don in 2003. She heard the Gospel through her sister, later she was at her sister’s Christian wedding at the Baptist church and she was so surprised that nobody had any alcohol at the wedding. Antonena has always lived in Don. And for a few years she was the only evangelical Christian in Don and she kept praying that God would send Christian ministers to the village of Don. By God’s grace, the Lord moved the hearts of William, Andre and Simeon to move to Don in 2003. Needless to say that Antonena was so happy about the fact that finally there was an evangelical church established in Don. Antonena is a very influential person in Ust-Kulom district (she is the personal representative of the Governor of Komi in Ust-Kulom district). She personally knows many of the local leaders and village mayors. She was the one who invited us to come to Don in the first place! When we arrived in Ust-Kulom district Antonena was a great door-opener for the ministry. She has been such an evangelist even on her job. She is not ashamed of her faith despite all the persecutions she has faced throughout the years. There have been quite a few influential people who despise her religious convictions, who have tried to have her fired. But all their attempts have been useless. She is like prophet Daniel who stayed in power despite all the attempts to get rid of him! She has been in charge of the ladies’ ministry in the Don church. Antonena is such a blessing to all of us here, and she has been greatly blessed by the ministry’s presence in Don. 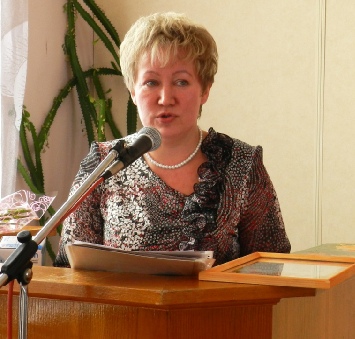